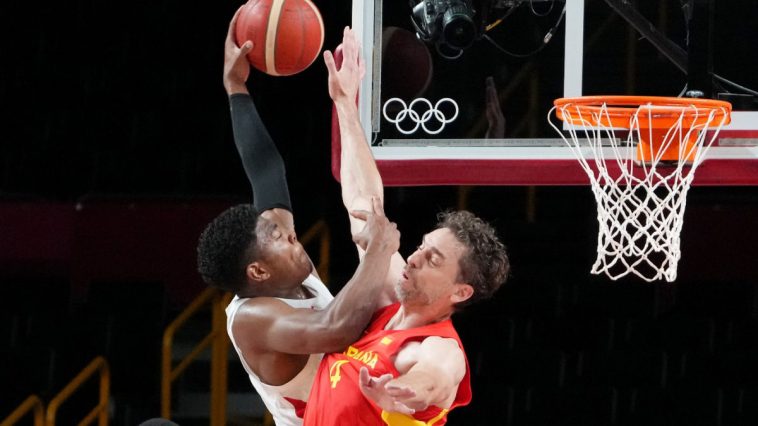 Rui Hachimura posterizes Pau Gasol during the 2020 Tokyo Olympic Games and my first thought was…Pau Gasol is still playing basketball? I just assumed he retired after finishing off his Lakers career in 2014. So when I saw the Rui Hachimura dunk photo, I couldn’t believe it. He is still playing at the age of 41!

I respect the fact that he is still good enough to play at an elite level and represent the Spanish National team. As a Lakers fan, I just don’t like seeing him getting dunked on.

Apparently Pau Gasol is the Tom Brady of basketball. So my question is…how many more years does he have left in the tank to compete professionally and with the National team?